A Brief Statement of What We Believe

River Church is a congregation of believers worshipping and following Jesus as Lord.  We seek to be a New Testament Church following God’s Word.

Christ is the Head of the body, the church, and He is our creed – a changeless creed.  He is the same yesterday, today and forever.  Our confession is the same as Peter’s in Matt. 16:16, “You are the Christ, the Son of the living God.”

We plead for Christian unity based on God’s Word.  Our purpose is to bring men and women to faith in Christ and then to lead them on into spiritual maturity. (Matt. 28:18-20)

The Scriptures alone are our rule of faith and practice.  “All Scripture is God-breathed and is useful for teaching, correcting and training in righteousness,” (2 Tim. 3:16).  Since this is true we are an independent congregation, freely following the Lord’s leading.

We observe the Lord’s Supper each Sunday as the New Testament church did (Acts 20:7).  We also practice the baptism of the New Testament which is the immersion in water of the new believer.  This symbolizes the death, burial and resurrection of Christ. (Rom. 6:4)

In answer to the greatest question anyone can ask, “What must I do to be saved?”  We reply as Peter did, “Repent and be baptized, every one of you, in the name of Jesus Christ so that your sins may be forgiven and you will receive the gift of the Holy Spirit.”  (Acts 2:38)

At River Church we believe that the Lord has raised us up to plant this church Up River, where there are none, and to let His light shine there.

Since we believe the Lord is coming again we exhort everyone, “So you must also be ready because the Son of Man will come at an hour when you do not expect him.” (Matt. 24:44)

Beliefs are not worth much unless they are translated into actions. Based on what the Bible teaches we feel very strongly about the following practices:

The Bible Is Our Sole Authority.

All Scripture is God-breathed and is useful for teaching, rebuking, correcting and training in righteousness,  so that the man of God may be thoroughly equipped for every good work.  2 Tim. 3:16-17

Since God’s Word is the only completely reliable and truthful authority, we accept the Bible as our manual for living. Our first question when faced with a decision is, “What does the Bible say?” We practice daily Bible reading, Bible study, and Bible meditation. The Bible is the basis for all we believe.

Autonomy of the Local Church.

And he is the head of the body, the church; he is the beginning and the firstborn from among the dead, so that in everything he might have the supremacy.  Col. 1:18

Christ is the recognized Head of our church, not any person, group, or religious organization. While recognizing the value of associating and cooperating with other groups of Christians, we believe every local church should be self-governing and independent from any outside control.

Priesthood of Every Believer.

But you are a chosen people, a royal priesthood, a holy nation, a people belonging to God, that you may declare the praises of him who called you out of darkness into his wonderful light.  1 Peter 2:9

The Bible teaches that every Christian is called to “full time” Christian service, regardless of his or her vocation. We practice the truth that every believer is a minister by encouraging every member to find a place of service and ministry. Every believer has direct access to God.

“I am the vine; you are the branches. If a man remains in me and I in him, he will bear much fruit; apart from me you can do nothing.  John 15:5

We believe the only way possible to live the Christian life is by God’s power within us. So we seek to practice a daily dependence on God’s Spirit to enable us to do what is right. (Phil 2:13; Eph. 5:18)

Telling Others About Christ.

But in your hearts set apart Christ as Lord. Always be prepared to give an answer to everyone who asks you to give the reason for the hope that you have. But do this with gentleness and respect,  1 Peter 3:15

It is the responsibility of every Christian to share the Good News with those God bring us into contact with. We practice personal sharing about Christ and inviting friends to church.

River Church is a part of a worldwide brotherhood of Churches who are probably best known as the Independent Christian Churches and Churches of Christ.

The Restoration Movement traces it’s roots to two signal events. The first happened when Barton W. Stone  and four other minister were suspended from the Presbyterian Synod of Kentucky and formed their own group – the Springfield Presbytery. It was short lived, and Stone led them to dissolve it and call themselves “Christian.” This decision was formalized in 1804 with the publication of the satirical document, The Last Will and Testament of the Springfield Presbytery.

The second major event came in 1809. A minister named Thomas Campbell had been concerned for years about promoting Christian Unity. To further these efforts he formed the Christian Association of Washington, and published the Declaration and Address of the Christian Association of Washington, Penn.  The Declaration and Address had three main points: 1) the right of private judgement in interpreting Scripture; 2) peaceable unity among Christians due to a recognition of this right; 3) exact conformity to “the express letter of the law” as laid down in the New Testament.

These two documents formed the backbone of the new movement. Soon Thomas’ son, Alexander Campbell, became the recognized leader of the movement. Through the publication of two magazines, the Christian Baptist and later the Millennial Harbinger, Campbell led the movement throughout the rest of his life.

Through their study of Scripture the movement adopted baptism by immersion which brought them into close contact with the Baptists. In fact the first Restoration Movement church, the Brush Run Church, was admitted into membership with the Baptist Redstone Association, from 1813 to 1835. Eventually the union was dissolved and many Baptist churches and whole associations joined the new movement.

By the turn of the Century, the movement had grown to about 1,120,000 members, and included work among the Blacks.  There was widespread optimism that it was only a matter of time till the movement would, “take the country.”

Sadly such optimism proved unfounded. The first of the three major divisions in the Restoration Movement had been growing for almost 50 years and was officially recognized in the 1906 census when the Churches of Christ (non-instrumental) were distinct from the Disciples of Christ. The final division grew over time too, and was crystallized in 1968 when the Disciples of Christ officially organized themselves as a denomination.

CCR is a part of the Independent Christian Churches. That means we are completely autonomous and self-governing. We own our own property, make our own decisions, and have no headquarters somewhere else telling us what to do.

“In Essentials Unity, In Non-Essentials, Liberty, In All Things, Love.”

“We Are Not The Only Christians, But We Are Christians Only.”

“No Creed But Christ, No Book But The Divine.”

The great thing we take from our Restoration Movement heritage is this:

Our Sole Authority Is The Bible!

We about not bound by anything else – our own heritage and traditions included. River Church is determined to be a New Testament Church in the modern world – to really be a church that Christ Builds

This sidebar demonstrates some of the many widgets that come with the theme and WordPress. 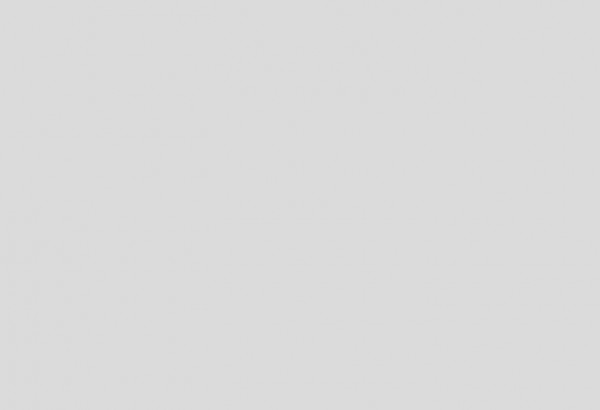